We're getting into the Christmas spirit here at Wowcher and thought we'd share some interesting Christmas facts for you! These could also work in your favour in this year's Christmas Quiz! Scroll down to see how many you already know!
Christmas Shop | Christmas Gifts | Christmas Decorations | Christmas Hampers Christmas Baubles
Loading...
Added to Wishlist! 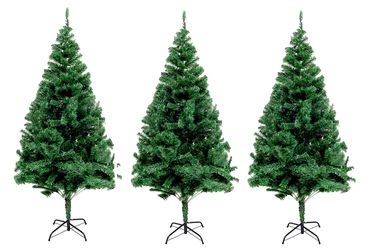 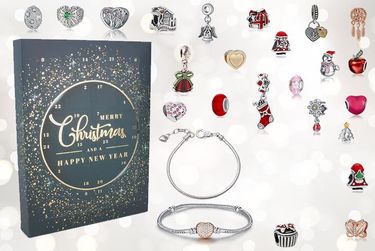 The Date of Christmas

You may not know, but Christmas Day wasn't always on 25th December! Christmas is the time where we celebrate the birth of Jesus, but the actual date is not known. The 25th December is not actually mentioned in the Bible and some suggest that Jesus wasn't born in December at all and may have been born in the Spring. However, the 25th December lines up perfectly with the festival of Saturnalia, honouring the god Saturn with gift giving!

St Nick was not quite the man you might think he was. Most of you will already knew that Santa Claus is based off of St Nick, but what you might not know is he did not wear a red suit. He actually gave away his inheritance to the poor and helped to rescue women from slavery. The idea later transformed into Father Christmas, a more jolly character who gives away presents to people!

You probably already know about the tradition of leaving milk and cookies or a mince pie out for Santa on his long night shift, but do you know where the idea came from? The tradition actually started in The Netherlands when children started leaving snacks and drinks for Santa to be exchanged for presents!

We all love hanging our stockings by the fire or at the end of our beds, but do you know where this habit came from? It actually originated from a man who didn't have enough money for his daughters. One night they had hung their washed clothing and stockings by the fire to dry, and when St Nick dropped gold down their chimney, that's exactly where it landed! The tradition has been kept up ever since with many families now hanging stockings up around the house.

This is probably one you never thought you'd hear, but it's true England did once ban Christmas! In 1644 when Oliver Cromwell was in charge, he wanted the country to follow the same beliefs as him, which was Puritan. Christmas and all other traditional Christian holidays were removed as he chose to move away from The Church of England. The actual 'Christmas Day' as we know it now was spent as a normal day with businesses instructed to operate as normal and put in place a day of fasting, which was a part of Puritan worshiping. Sounds a bit like the Grinch to us!

The sweet fruity Christmas pudding that we all tuck into today isn't quite the same as how it started. It actually originated way back in the 14th Century as a porridge-like dish containing beef, currants, raisins, prunes and wine. It looked more like soup and was eaten in preparation for the festive celebrations! We'll stick with our version!

Did you know that us Brits are the only ones that wear the paper crowns or hats that come out of our Christmas crackers? In fact, we're the only ones with Christmas crackers too! It turns out that a Victorian confectioner wanted to replicate the French wrapping of sweets in coloured paper, but it didn't work in England. One night as he sat by the 'crackling' fire, he had the discovery of creating something that 'cracks' and once he did, sales shot up higher than he expected!

Most of us are dreaming of a White Christmas, but do you know where that tradition came from? It actually all started with Charles Dickens. In Dickens lifetime, there was a mini ice age, which meant that it snowed for 8 years straight every Christmas! He grew up in one of the coldest decade England had seen since the 1600s, so if you pick up one of his books, you'll be able to imagine it exactly as he describes it!

We know it sounds a bit odd, but it's true, you can actually eat your Christmas tree. We would advise you not to eat the whole thing, but many parts are edible and the needles even contain a good amount of Vitamin C, so there's a new festive snack for you!