A central London hotel stay at St Giles London or The President Hotel with breakfast and London Eye or Madame Tussauds ticket. From £149pp for an overnight stay, or from £219pp for two nights

London's calling, so it looks like it's time to get booking today's fabulous break to the cultural capital...

We’re offering you an overnight central London hotel stay with breakfast and a London Eye or Madame Tussauds ticket from £149pp, or a two-night stay from £219pp, from Weekender Breaks.

Keen to escape the mundane routine with an exhilarating break to the city? You've arrived at the right place! We'll be treating you to an overnight or two-night London stay, resting your heads at either the St Giles London or the The President Hotel. Both of these hotels occupy a prime position in the heart of London town and within easy reach of transportation links, so you'll be close to all the action! Upon arrival at either hotel, you'll be shown by a friendly member of staff to your standard double or twin guest room offering Wi-Fi access, room service, housekeeping and plenty more to ensure the ultimate "home away from home" feel - the perfect way to unwind after a busy day of seeing the sights! What's more, you'll get to start the day at either hotel with a delicious full English breakfast.

Keen to explore the Big Smoke of London in all it's glory? Included in today's deal will the option to enjoy admission into the famous London Eye. You'll get to spin around in this iconic observation wheel and grab yourself a bird's eye view of some of the city's most famous landmarks - see if you can spot Big Ben, the Houses of Parliament, and Tower Bridge! It's a day out not to be missed out on.

Alternatively, you might enjoy getting up close and personal to some serious A-listers with a visit to the Madame Tussauds attraction! This well-known wax museum is home to a wide range of famous waxwork figures from Michael Jackson to David Beckham, Brad Pitt to the Queen of England! Get your tickets and hop on this immersive experience right away if you fancy rubbing shoulders with the rich and famous for a day.

London truly has something for everyone, with so much history and culture to be admired around every corner. If you’re keen to hit the shops for some well-deserved retail therapy, then why not take a stroll down the famous Oxford Street where you’re sure to find something you love in the variety of big brands, designer stores and independent shops. If you’re after a different kind of shopping experience, then head to Camden. This vibrant area has plenty of markets and independent stalls to have a gawk at, which is great if you’re after something unique! If you’re tired of shopping, then there’s plenty of London’s iconic landmarks to stop off at. If you need a place to start, head to some of the most famous, such as Big Ben, the Tower of London and the London Eye for breath-taking views over the capital. If you’re after a more leisurely afternoon, why not go for a walk along the Thames and see how many iconic bridges you can spot!


Check out our other related deals:

Don't just take our word for it, see what people are saying on TripAdvisor:

This deal is brought to you by Weekender Breaks UK VAT number: GB996320881

Change your mind? You can redeem this towards any other deal on site

This deal is brought to you by Weekender Breaks UK VAT number: GB996320881

Gulliver's Land Stay & Play Package For Up To 6 People - Theme...

4* Lancashire: 2-Night Apartment or Lodge Stay For 2 or 6 People 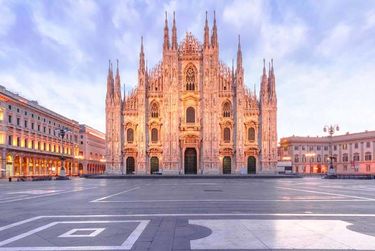